Wireless charging technology has had a serious hit or miss relationship with the mobile industry. With some standards being cleared, some technology being engineered and some being still stuck in pre-production, it’s hard to know what’s going on sometimes. However new developments might mean we are closer than we think.

Qi is the charging standard that defines wireless power transfer using inductive charging methods. The increasing development of this technology has gotten engineers minds inventing at a million miles an hour. If smartphones will be able to charge their batteries without the need for wires, what else could be charged wirelessly too? 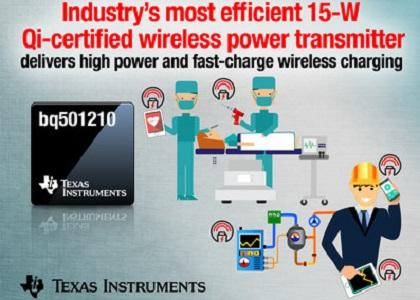 In 2016, a company named Texas Instruments, who specialize in wireless technologies, began experimenting outside the smartphone and branching out to other industries. They released the industry’s first Qi-certified 15-W wireless power transmitter.

However the smartphone industry is still leading the way in the wireless charging revolution. There are rumors currently circulating that the next generation of iPhones will employ what is called bilateral charging. This form of wireless charging allows one charged up phone to transfer some of its battery power to another device that requires charging.

Electric vehicles (EV) are another industry where wireless charging could revolutionize the technology used. However, whilst the industry has taken many leaps forward; EVs are still stuck in the development phase.

The company Qualcomm develops wireless charging technology for electric vehicles under the name HALO and has subsequently just sold their technology off to MIT-founded business WiTriCity. WiTriCity has now started the process of formalizing a wireless charging standard for automakers. Their aim is to make ‘EV charging easier than refueling’.

They are working on park-and-charge bays and power transfer grid-to-battery technologies that would charge cars through surface or in-ground placements placed in asphalt, cement and more.

Encouragingly for WiTriCity, the joint venture with Qualcomm gives them access to incredible patents and pending patent applications.. Now the companies can work to improve the technologies and could lead to some breakthroughs for electric vehicles.

Alex Gruzen, CEO of WiTriCity, in a press statement, wrote:

“WiTriCity’s wireless charging technology is key to the future of mobility which is clearly electric, and is increasingly shared and autonomous.”

“If you compare fast charging with gasoline, it’s not equivalent. Even in our best dreams [EV charging] is 300kW. We are 20 times below what you can do with gasoline and it’s important to keep this in mind. Equivalent service between electricity and [traditional] fuel cannot be expected.”

300kW could be attainable with an 800V battery, the experts said, but the battery would be far too heavy. Thus, the development of batteries, and their wireless charging applications, is ongoing across engineering industries. The benefit for the consumer is clear: batteries that last longer and go further.