The mathematics conundrum inside engineering education

Were you born to be an engineer? Were you supernaturally gifted with the skills necessary to become an engineer? Or can engineering be taught? If you have an innate skill for taking things apart and putting them back together again, you might have an engineer living inside of you.

However, the world today has made it clear that there are certain requirements that must be met when considering whether a person can become a qualified engineer or not.

It is a common held belief that it is very difficult to break into the engineering world, to study engineering without the relevant mathematics and science qualifications.

In South Africa, in 2016, 265,810 candidates wrote the mathematics examinations. The pass rate for those exams was only 51.5%. The class of ‘16’s average for mathematics was 30.8%. The numbers reveal that many must have failed to bring the average spiraling downward. Physical science saw a pass rate of 62%, with a class average of 35%. The implications of such low numbers is usually that students either have to repeat their final year, or forge ahead and find a job in an industry with no matriculation certificate. Unfortunately, with a 30% mark for maths and/or science, finding a job in industries demanding these subjects may be difficult. 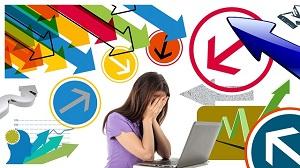 To apply for a Bachelor of Science (in one of the streams of Engineering), through the Engineering Institute of Technology (EIT), 50% for mathematics and 50% for physical science is preferable, but assessments are made on a case-by-case basis. Once a student is given admission to the institution, an engineering mathematics bridging course soon follows. This gives those who require it, the level of mathematics needed to graduate as a technologist first and professional engineer second.

The willingness to embrace mathematics and science education can, however, be daunting and can certainly be the decider for students selecting study options and careers. These subjects do present a barrier to promising engineers, a barrier which seems to be growing and as a result causing the industry some consternation.

Engineers Australia has reported that the number of students studying science and mathematics is “in a free fall”. It further alleges that less than half of Australia’s engineers were born in Australia – highlighting the country’s over-reliance on skilled foreigners. In response STEM (Science, Technology, Engineering and Mathematics) subjects are being actively encouraged by schools. STEM-influenced materials and equipment are flooding schools in the belief that students will be inspired and subsequently select those careers founded on these  subjects.

The Dean of Engineering at EIT, Steve Mackay, says that students’ distaste for mathematics must be addressed early in their academic careers. He says that students lose their appetite at an early age (for a number of reasons) in what he called the “engineering valley of death”:

“Essentially, the concept is when the young adult gets to about 12 or 13 years of age they lose interest in STEM. There is a tremendous drop off. Then, when they get to 18 or 19 years old, there is only a small fraction of the school cohort that can actually go into engineering or scientific careers…which is a terrible shame.”

Whilst earning top honors for mathematics and science at school level often leads into engineering (among other industries), it is dangerous to suggest that those who are more technically gifted, and less theory-savvy, will never make it into the industry.

Select institutions provide students with apprenticeships – also known as learnerships. These opportunities offer alternate pathways into engineering. An apprenticeship educates a prospective future engineer on the more practical aspects of the industry.

In an interview, Chief Executive of the UK-based Building Engineering Services Association, Paul McLaughlin said that he believes apprenticeships will bridge the skills gap the UK is facing. He said:

“A vocational apprenticeship is just the first step on the journey to a fulfilling career. We are working closely with employers in our sector to develop and deliver apprenticeships at all levels — from initial technician grades, right up to degree equivalence.”

Offering a variety of pathways to achieving engineering prowess is enormously sensible. We are, after all, living in a world that now regards study as a life-long endeavor. There is absolutely no reason why technicians, while they continue to work, cannot move up through the ranks and eventually achieve professional engineering status, if motivated to do so. Furthermore, their input along the way, no doubt, will be as critical to the wellbeing of society as their contribution will ultimately be.