The connection between engineers and science fiction

Science fiction is a genre completely defined by the theoretical applications of engineering and science in a fictional context, showing what the future of our world (or the worlds after ours) might look like. Fictional stories with fictional engineers have inspired the real-world engineers from all over the world, all wanting to emulate their favorite characters. Moreover, engineers sometimes even look to science fiction to study the effects of what a writer has warned the world of creating, or encouraged the world to create. For example, the Orwellian video surveillance, GPS tracking and more that Goerge Orwell warned of in his book 1984, was an eerily accurate prediction of how the world would progress up to present day. Isaac Asimov's books are still instrumental to this day. They help in hardwiring the three laws of robotics into the future of collaborative robots that will coexist with humanity. 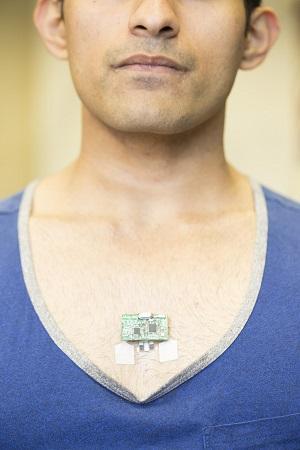 Some engineers talk of how watching Star Trek inspired them to further investigate how things work and developed their knack for being an engineer. MIT Media Lab Researchers Dan Novy and Sophia Brueckner, in 2013, hosted a class named Science Fiction to Science Fabrication to show how science fiction writers' theoretical principles have made their way into the real world. The class would show how augmented reality, virtual reality, ideas of utopia and dystopia, nanotechnology and even wearable technologies have been inspired by fictional texts. Similarly, The Center for Science and the Imagination at Arizona State University also started a project in 2014 named Project Hieroglyph. The project would see students in both engineering and science reading a science fiction anthology of stories named Hieroglyph. In their own words, Project Hieroglyph say the anthology is "set in the future, from some of today's leading writers, thinkers, and visionaries" to try and encourage a new wave of innovators who could improve our world.

In May of this year,a group of engineers at the University of California San Diego announced that they had developed the world's first, flexible, wearable device that could monitor "both biochemical and electrical signals". The engineers called it a tricorder and were hoping to take it the Qualcomm Tricorder X competition that promises prize money of up to $10 million. A tricorder is a fictional hand-held device used in Star Trek that would scan a person's body and do a data analysis, eventually supplying medical data so that a patient could be diagnosed.

"Reading science fiction is like an ethics class for inventors, and engineers and designers should be trying to think like science fiction authors when they approach their own work," Brueckner said. Science fiction allows engineers to see what the possible impact an invention might have on the future of the world and could ensure stricter design principles when designing an item that could lead to societal change.

The world has seen a plethora of science fiction due to innovations that present the world with new obstacles and new opportunities. We went scouring the web for answers on who the best fictional engineer of all time was. What we found was that there are a whole bunch of engineers new and old in the world of fiction that could be inspiring the next generation of young people to further pursue STEM (science, technology, engineering, and mathematics) careers.  These were the results: Some say Elon Musk is the living, breathing Tony Stark of our real world, however, no one can match up to the fictional owner of Stark Industries. Named the "quintessential capitalist" in the Marvel comics, the fictional engineer has been inspiring mechanical engineers for decades. The innovative suit is an impressive feat of mechanical engineering and has been used as an example of what future U.S. Military Tactical Assault Light Operator Suits could look like in the future of warfare. If you watch Marvel movies, you would see all sorts of influences from the writers behind Stark Industries that envision a future policed by Iron Man suits and flying cars. These flashy, capitalist ideas of engineering marvels have cemented Tony in the number one spot.

In science fiction, time travel is an idea that could not be perfected without engineers or scientists. In the Back to the Future trilogy, the world renowned Delorean Time Machine gets itself in and out of timelines by using the flux capacitor. Doc Brown got the idea when he slipped and bumped his head whilst trying to hang a clock up in his bathroom. So, engineers, next time you bang your head and have an idea, follow your gut and just invent it. Throughout the trilogy we see the zany engineer utilizing all sorts of futuristic technologies and warning about how it could all impact civilization.

Matt Damon plays Mark Watney in the film, based on a book named The Martian. It sees aerospace engineer, Watney, left on Mars after a manned mission goes wrong. Watney then has to utilize his engineering skills to both grow food on Mars and figure out how to make contact with NASA to try and get himself rescued. SpaceX and NASA are in talks about a possible Mars mission in 2018, and potentially manned missions soon after that. It would be a good idea to pick up a copy of the blu-ray before they decide to send anyone up there.

#4: The pig who built the brick house

We all know the story. The three little pigs who were tormented by the big bad wolf who blew their houses down. Except, one engineering-savvy pig who built a brick house the wolf couldn't blow down. Now that's the sort of civil engineering ingenuity we can all be proud of.

A new series of MacGyver has been announced for 2016, however, we're talking about old school MacGyver that lit up the screens from the year 1985. He is considered to be an engineer due to his complex understanding of how things work and can repurpose everyday items into tools that help him escape from danger. His resourcefulness sees him turning items into different end products. Additionally, MacGyver always carries a Swiss Army Knife and duct tape with him.

Ah, yes. The dad-engineer from Honey, I Shrunk the Kids . If he didn't inspire a host of fumbling engineer-wannabes we don't know who did. An inventor by nature, Wayne had a solar-powered car, predicting a future of solar-powered vehicles which are becoming a big reality. He just seemed to be an engineer that suffered a bad case of Murphy's Law. But his forward-thinking inventions cements him as one of the internet's favorite fictional engineers.