Crowdsourcing the best in engineering design

Instead of entrusting a handful of engineers to design and build, why not open it to a world of engineers, or those who are enthusiastic about all things engineering?

Thanks to low-cost cloud computing, it is all possible. Collaborative engineering design was seen as far back as 2008 in the automotive industry, the company involved was Local Motors. 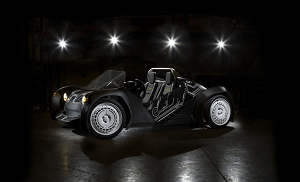 After seeing how Ferrari, GM and Tesla went from design to manufacturing, founder of Local Motors, Jay Rogers, came up with a plan to get vehicles designed and to market more quickly. They opted for designing the car of the future through ‘co-creation’, using collaborative teams from all over the world.

They originally employed student designers, but these resulted in various setbacks. The founders then decided on crowdsources designs from teams around the world that had the necessary expertise. The teams included engineers, car enthusiasts, innovative minds and creative professionals.

Those designs that met the CAD requirements for 3D printers and deemed the best car designs were up-voted by the ‘community’.

In 2008, the company and its many co-creators around the globe designed the world’s first crowdsourced car.  Once the winners were picked, they began printing their first car; the Strati was born. Local Motors explained that it only took two-three-day weekends to manufacture the car.

Once a car is designed the community can opt to buy the car. Local Motors then builds a micro-factory in a town or city and begins the manufacturing process. By 2014, the company had eighty-three employees and three manufacturing micro-factories.

Local Motors recently announced its latest mobility project; a 3D printed bus named Olli. The bus is a self-driving vehicle powered by IBM’s Watson. The company uses its micro-factories to manufacture the buses.

Local Motors’ micro-manufacturing processes soon began to influence some of the largest and oldest stalwarts of engineering.

In 2014, General Electric (GE) saw the benefit to Local Motors’ crowdsourcing efforts and wanted in on the fun. GE linked arms with Local Motors in a partnership that would see a community of “engineers, scientists, fabricators, designers and enthusiasts” co-create items with GE that would eventually go to market. 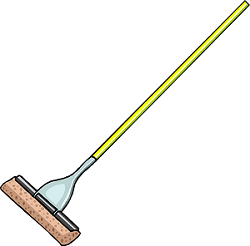 “At GE over the past years, we’ve refined our approach to innovation, focusing on R&D as well as co-creation, open collaboration and partnership, which has allowed us to engage new audiences; a new era of manufacturing is dawning — and with Local Motors, we are pioneering the future of work, fast tracking a new model for the manufacturing industry, and improving and expanding GE’s product offering to better meet future customer needs.”

General Electric appliances – pertaining to the cooking industry – were co-created by an open-source, collaborative network of engineers and other professionals. This network, known as FirstBuild, utilizes rapid prototyping. They create prototypes from the most up-voted items designed by the community of contributors and then run tests on them.

Those who are willing to pay are looking at engineering designs for a range of uses, from wringing water out of a sponge mop to step ladders.