Australia’s forward thinking, proactive, stance when it comes to energy storage continues to be strengthened by government’s urgency to get more and more people balancing out the power grid by using home batteries.

The Australian government has awarded 200 houses with discounted Tesla Powerwall batteries storage units in Canberra. The idea is that the houses would use the battery when the grid is under pressure so that they can alleviate some of the energy dependency. The Powerwall utilizes solar panels to charge the battery up and then stores the energy, ready for use, ready to power homes. According to Mashable, three Australian companies have also been given funds to jumpstart the process of getting houses less reliant on the grid. The companies are SolarHub, ActewAGL Retail, and ITP Renewables. They receive A$200,000 each to take part in the Next Generation Energy Storage Pilot .

The Australian Capital Territory (ACT) minister for the environment, Simon Corbell, said: “By committing to support battery storage in this early stage of its entry into the market we want to open the door for the ACT to lead research into high-penetration renewables and attract international and national companies and research leaders into this developing space.” 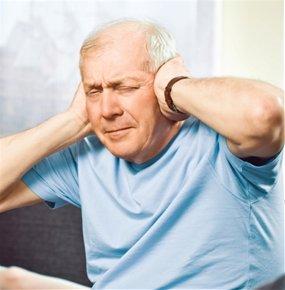 However, there is trouble in paradise for customers who have already tested the Powerwall out. A company named Genentech Media has reportedly heard complaints from a German Powerwall owner that the Powerwall is too loud. The man measured his decibels the Powerwall emitted and found it to be more than 80 decibels. The man says the noise was audible in his whole house.

Tesla sent a technician out to see what the problem was. The customer said: “I was told that the power consumption of the ventilation or cooling system was reduced to 15 percent of its original value. After this update, the noise was not there anymore.”

Even though the problem was solved, Logan Goldie-Scot, head of energy storage analysis at Bloomberg New Energy Finance spoke to GTM and said: “I’ve heard they’re loud enough to want to relegate to a garage or outside. Not for communal areas, certainly. I haven’t been able to substantiate this, though.”

If the Powerwalll continues to hum uncontrollably, it could put a strain on orders of the first batch that are being released by Tesla, but for right now it seems like an issue that can be easily rectified by either a technician or by relocating the Powerwall itself.