Deep sea diving operations are important to offshore oil and gas operations around the world. Engineers need them for oil well checks and changes, installation of new wells and decommissioning of old ones.

Humans are utilized when diving up to depths of 200 meters. For anything past those points, specially engineered vehicles are required. These divers are subjected to ten times the atmospheric pressure humans experience every day. 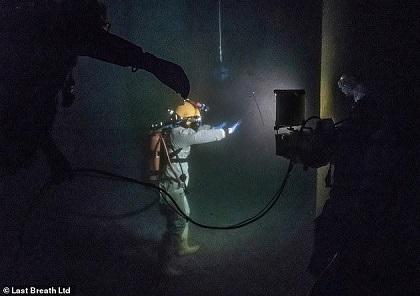 The dive support vessels are built around a pressurized saturation system. On the vessel itself, specialized living chambers are set up for the divers to sleep in. The vessel houses smaller vessels called “Bells’ that take the divers down to the seabed. Divers are lowered into the sea, tethered to the ship above. The divers essentially live underneath the ocean for 28 days.

When living on the Bell, divers breathe a helium-oxygen mixture (named Heliox) to prevent nitrogen narcosis, which makes the crew’s voices go high pitched just like the effects of breathing in air from a helium balloon. The divers say living underneath the ocean is just like living on the International Space Station, just under water.

A computer system is run in a mode named Dynamic Positioning mode that locks the vessel over the exact point on the seabed. They then lower the Bell down from the ship in the exact location and the engineers dive from the Bell into the ocean.

Engineers facilitate the functioning of all the important on-board computers. A Dive Supporter, who sits within the vessel atop the sea, also monitors all of the divers in real-time underneath the ocean. Cameras track their every move.

Inside the Bell, there is a man who does not dive down, but rather regulates the gases of the divers and the feeding of the ‘umbilical cord’ that tethers the divers to the Bell under the ocean. The umbilical cord feeds hot water into the diving suit to keep the diver warm, and provides gas to breath - while being the physical tether to the boat.

Saturation diving has become the subject of a new BBC documentary that has made its way to Netflix named ‘Last Breath’. It follows the true story Chris Lemons, a saturation diver who was deployed to the middle of the North Sea to dive down and perform some changes to an oil well there. In September of 2012, the dive support vessel Lemons was on was traversing the North Sea Oil Fields, 127 miles east of Aberdeen.

On the 18th of September 2012, Lemons was at the bottom of the North Sea, but little did he know that a storm was brewing above the water. The storm was so powerful that it knocked out and overrode the GPS systems on the vessel, leaving it to float away from the location the divers were doing their maintenance at. It resulted in Chris Lemons’ umbilical cord being severed. He only had five minutes of oxygen left in a reserve tank on his back.

The crew was unable to get the vessel under control and find Lemons as the storm threw the ship off course. Once they had managed to get the ship’s automated control systems rebooted it returned to its previous GPS locations, however more than a quarter of an hour had passed. They eventually managed to track Lemons down, he was assumed dead. But after Bellman Duncan Allcock performed CPR, Lemons was resuscitated.

Chris Lemons was without oxygen for 33 of the 38 minutes he was under the ocean for. Experts are still trying to explain how he survived.  The documentary is definitely a must-see for engineering enthusiasts and those who want to see a truly miraculous story of survival.

Peter Stanford For The Daily Mail. “How Did a British Diver Stranded 300ft under Sea Survive with NO Oxygen for 38 Minutes? .” Daily Mail Online, Associated Newspapers, 10 May 2019, www.dailymail.co.uk/news/article-7013143/How-did-British-diver-stranded-300ft-sea-survive-NO-oxygen-38-minutes.html. 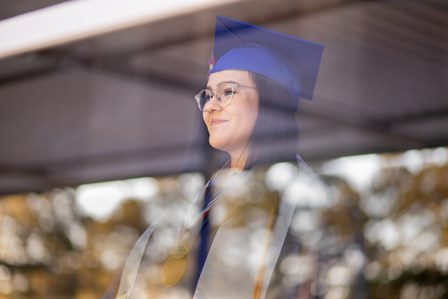