Engineers at the University of Rochester in New York are working to develop “unsinkable” materials. Once perfected, these metals could be used to build unsinkable ships, create puncture-proof life jackets, and protect electronics from water damage.

The work is being conducted in the Femtosecond Laser Laboratory at the university. The researchers have been making metals superhydrophobic by utilizing femtosecond lasers.

Femtosecond lasers are traditionally used in cataract surgery. The laser is used to cut patterns into a surface at the nanoscale — in this case, into a metallic structure. The result is a surface that can trap air bubbles.

The researchers put together two aluminum plates facing inward with just enough space in between them to trap the minimum amount of air needed to float. But that’s only half the battle. 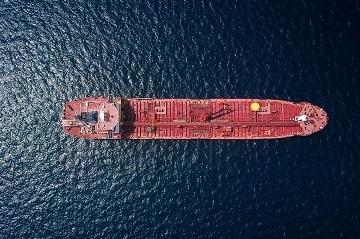 Trapping air bubbles is only a short term solution, and after a while, the structure will sink. Researchers have been looking for a way to enable the metals to float for prolonged periods.

The researchers have now turned to nature for inspiration, and have been studying argyroneta aquatic spiders and fire ants. The spiders spin underwater dome-shaped webs that they fill with air using their legs and abdomens. Fire ants band together with their superhydrophobic bodies to create a ‘raft’ that floats above the water.

The work is spearheaded by Professor Chunlei Guo, a professor of optics and physics at the University of Rochester. The researchers published a report in ACS Applied Materials & Interfaces. They report that even when damaged, the pattern-etched metal can continue to float:

“The assembly shows an unprecedented floating ability; it can float back to surface even after being forced submerging underwater for months. More strikingly, the assembly maintains its floating ability even after severe damage and piercing in stark contrast to conventional watercraft and aquatic devices. The potential use of the SH floating metallic assembly ranges from floating devices and electronic equipment protection to highly floatable ships and vessels.”

The space in between the aluminum plates creates a watertight compartment. Along with the air-trapping laser-etched pattern, the result is a superhydrophobic metal - meaning it repels any liquid that touches it. The effect created is quite something to behold, as can be seen in this video:

This work could have some incredible consequences for engineering industries in the future. The researchers conducted a test where they forced their metal underwater for two months in perpetuity. After two months they planned to release the weight atop the metal to see if the metal would sink, but to their surprise, the metal was as buoyant as ever.