Home NewsTurning to biogas in the face of load-shedding

Turning to biogas in the face of load-shedding

Volkswagen Group South Africa intends to take its manufacturing plant in Uitenhage, a town in the Eastern Cape Province, off the national electricity grid.

It is not surprising that companies are looking at more sustainable (and renewable) means of powering their facilities in South Africa. The country’s state-owned electricity utility has been plagued with problems in 2019 that have forced them into scheduling load-shedding on several occasions during the year. The impact of the resulting power cuts reportedly costs the country R2.5 billion (US$181 million) in business revenue every day the lights are off. 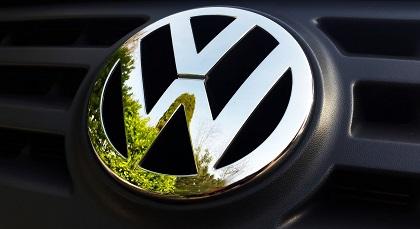 Thomas Schaefer, chair and MD of VWSA, explained how the power cuts affect the manufacturing plant.

“The robots are in the welding process, which takes about 30 seconds,” he said.

“If you get a spike in between, the robots forgets where it is. It’s an immediate shock and everything comes to a standstill. For safety reasons, you have to bring everything back into zero position but have potentially lost all the bodies in the shop that are half welded or damaged, which is a complete disaster. The spikes happen at least once a week. The cost of these lost bodies is easily into the double-digit million rand and impacts our profit margins.”

Volkswagen needs to keep its factory running as sustainably as possible — the factory has accounted for the production of over one million vehicles in 23 years. On 6 September, the milestone 200,000th VW Polo rolled off the line in Uitenhage.

Volkswagen’s plan to circumnavigate the power cut anomalies is to power their facility with biogas. To ensure the facility keeps running through the national grid’s down-time, VW has been investing in inverters — but the power cuts are becoming more frequent, and more needs to be done to keep the facility running.

Local abattoirs, fish facilities, and chicken farms will sustain the biogas facility in part, with other food companies sending their rotten produce to help power the factory.

Schaefer told media they expect to be running their facility off biogas in the next two to three years. The biogas facility will be set up near their factory and will feed electricity directly into the plant. The construction of the facility is set to cost them R3.5 billion (approx US$239 million) — which will include a waste separation setup.

The biogas facility will produce 600 kilograms of fertilizer ton of organic waste utilized during its operations. A positive spinoff for Volkswagen is that the fertilizer can be sold for a profit. They could reportedly earn US$400 per ton of fertilizer.

The only thing keeping VWSA from getting on with the construction of the biomass facility is a signature from the minister of energy in South Africa. VWSA seems confident that they will be getting the green-light due to the electricity distribution issues Uitenhage has been facing.

It is in the region’s best interest to allow businesses to generate their own electricity and not put further pressure on the national grid. Furthermore, VWSA claims that the new plant could help curb the unemployment crisis South Africa is facing. They say the facility could add 1,000 jobs to the country, where the unemployment rate currently stands at 29%.

The company had to initially persuade the German parent company that the biogas facility was a good idea. They used the case of BMW South Africa, who have been utilizing biogas in one of their manufacturing plants since October 2015.

As South Africa’s energy and water scarcity issues are expected to plague the country well into 2020, manufacturers who account for a lion share of the export product in the country, look to innovative ways of powering their facilities. Renewable, clean, and reliable energy is what these manufacturers are interested in utilizing, and it is an exciting area of innovation that will produce more revelations in the coming months.