We are only five months into 2019 and America has already seen 693 tornadoes tear across their sky. Just over the last couple of weeks, the American Midwest has been battered by over 100 tornadoes that have left several states with billions of dollars of damage to recover from.  And so, with many buildings left destroyed, civil engineering is quick to come to into action.

The immediate concern when any storm hits is flash flooding. Over the last 12 days Oklahoma has witnessed rivers and dams rise to levels that have never been seen before.

Their streets were flooded due to drainage systems being overloaded and the natural earth simply not being able to absorb the amount of water falling from the sky. However what follows the flash flooding is far more worrying. When the sky turns an eerie shade of green, Americans known all too well what follows…a tornado. 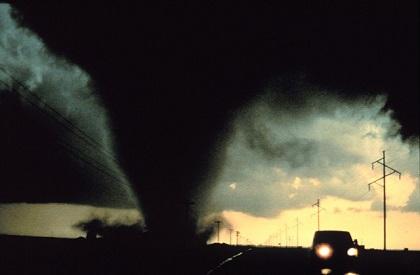 Last Wednesday, late in the evening of 24 May, a maximum strength EF3 tornado touched down in Jefferson City, Missouri. Tearing across 32 miles of country, the tornado resulted in immense amounts of heavy damage.  Dr Giuron (Grace) Yan, a Missouri S&T assistant and professor of structural engineering, made a trip to Jefferson City to study the destroyed structures, and their structural integrity after the tornado

Yan currently operates a wind hazards laboratory named the WHAM lab at Missouri University of Science and Technology. Sending a number of drones into the sky, Yan and her team were able to assess the damage left behind in the wake of the storm, observing some houses with their roofs completed taken off but some with only partial damage.

Yan will be using the data gathered for research purposes in hopes that her and her team can develop guidelines for tornado-resist construction. The ultimate goal would be to have these guidelines standardized and used to improve the official building codes in the area.

She notes that the extensive damange is due to the municipal building codes for residents not enforcing a rule that homes must be able to withstand rotating winds. She says some homes in Jefferson City are only built with ‘straight-winds’ in mind. She is thus planning to recommend the municipality implement residential building codes that will force residents to build with more than just thunderstorms in mind. Yan told STL Public Radio:

The civil engineering lessons Yan and her team are learning are useful. Yan points out that the Missouri State Penitentiary didn’t withstand the force of the tornado but just across the road, a house seems virtually untouched. Residents of the town are in awe of the tornado, effortlessly carrying away blocks of concrete with the wind.

The research is important, especially when considering that in the future it could save lives when future tornadoes hit. Unfortunately, some damaged buildings in the wake of tornadoes can never be repaired, and some lives are ultimately lost. Nonetheless, Americans are resilient, and their rebuilding spirit has kicked in, in a country that has seen this carnage many times before.