Home NewsTo infinity and beyond (with Australia)

To infinity and beyond (with Australia)

Australian and American engineers are working on a series of space missions that could ultimately culminate in putting humans on Mars.

The first mission, named Artemis, will involve getting humans back on the moon in 2024. It is expected to see the first woman walk on the lunar surface. 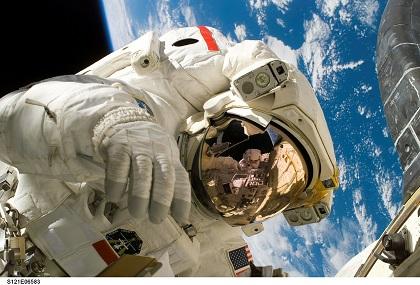 Australian Prime Minister Scott Morrison visited the National Aeronautics and Space Administration on the 21st of September in Washington. The two nations’ space agencies have signed a memorandum of understanding that will see an exchange of engineering technology and expertise that will facilitate the continued development of the upcoming lunar and future Mars missions.

Australia will spend US$150 million over the five collaborative years. According to the Queensland Times, the partnership will see the Australians delivering automated robots for use in space and telecommunications setups that will communicate between earth and the moon.

“We’re backing Australian businesses to the moon, and even Mars, and back,” said Prime Minister Morrison.

“There is an enormous opportunity for Australia’s space sector which is why we want triple its size to $12 billion to create around 20,000 extra jobs by 2030. The growing amount of space sector work and innovation will also inspire the next generation to see the future of a career in these fields for the long term.”

Australia has partnered with NASA in the past; the deal that has been signed extends this partnership into the future.

“It’s been an incredibly cooperative relationship going back to the Apollo program into the moon landing,” A White House statement about Prime Minister Morrison’s attendance read.

“And what we are trying to do in this visit is to expand the longstanding cooperation into the next frontiers - the moon and Mars. And I think what you will see is that we are going to have some proposals on the table that will further integrate Australia and the United States into conquering those new frontiers.”

In a statement, NASA said, “Saturday’s joint statement strengthens the relationship between Australia and the U.S. and broadens the community of nations joining NASA in further exploration of the Moon, Mars, and beyond.”

Not only is Australia lending a hand on the technology and expertise side, but they are also letting engineers and scientists run wild in their backyard. NASA and the European Space Agency (ESA) have been setting up Mars simulations in the remote region of Pilbara in the north of Western Australia.

NASA was teaming up with the University of New South Wales Syndey’s Australian Centre for Astrobiology. They enlisted the help of these scientists to demonstrate how they go about identifying signs of life through the analysis of ancient rocks. Pilbara is home to the oldest fossilized lifeforms on earth; they go by the name ‘stromatolites.’

The demonstration will help NASA inform its NASA rover teams and eventual astronauts who eventually go to Mars what to look for on the surface of the red planet.

Director of the Australian Centre for Astrobiology, Martin Van Kranendonk, said, “It’s remarkable that the history hidden in the fossil record of ancient rocks from Australia’s Pilbara region will be vital for answering the question -- is there life on Mars? We were able to investigate signs of life’s earliest footholds in a variety of geological environments and then had extensive group conversations not only about what to sample but how to sample to maximize the possibility of mission success.”

Van Kranendonk concluded, “Just as the Apollo astronauts visited areas of geologic interest on Earth before they journeyed to the Moon, the scientists of Mars 2020 and ExoMars are doing their due diligence before their missions make the 100-million-plus-mile trip to the Red Planet”.

Alexander, Donovan. “Australia Will Be Assisting with NASA's Upcoming Lunar and Mars Missions.”