Home NewsThe Next Decade in Engineering Innovation is Upon Us

The Next Decade in Engineering Innovation is Upon Us

It is no exaggeration to say that technology has taken a giant leap forward in the last decade.

In this decade, Uber revolutionized taxi industries around the globe, 4G networks brought fast internet to the masses, and Whatsapp and Instagram appeared on the world stage.

Who do we have to thank for these incredible contributions to daily life? Engineers, in part. 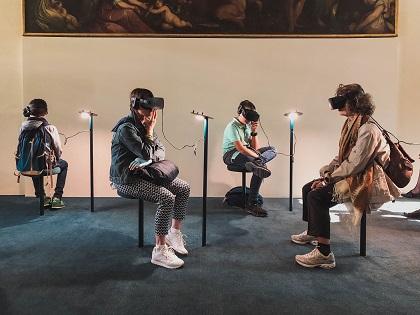 The arrival of those advents of technology proves that the next decade could be equally as disruptive in the world of engineering. These technologies have sent the dominoes falling in the industry, revolutionizing how we all do business, mobility, learning, networking, and automating.

Naturally, engineers are philosophizing of what could be the next big thing that transforms industry across the world.

Artificial intelligence and self-driving cars are the buzzwords flying around at the moment. However, we could ask: What other engineering innovations could be hiding in plain sight, just waiting for a business plan to set them in motion?

The most recent addition of the Fourth Industrial Revolution is 5G networks — which have speed capabilities set to make the work that both humans and machines do more efficient. 5G mobile internet speeds range from about 50Mbit/s to over a gigabit. It is now leading to the development of smart cities by increasing the rate of interconnectivity.

The speed of 5G is making virtual and augmented reality simulation technologies a physical reality.

The development around simulation technologies and the transformations of the online and on-campus training industry is what the Engineering Institute of Technology is interested in monitoring.

Immersive experiences have the unique ability to teach. This way, extended reality systems could train the world’s future engineers. Through a smartphone, glasses, or tablet, augmented reality systems can display virtual information and images on top of the real world.

Augmented realities can help engineers display machinery on a factory floor before it has even been purchased or installed, to determine what the end product might look like. It could also simulate end products in the real world when the product has not been manufactured yet.

In virtual reality, engineers can see the inside of a building or bridge construction where, in the real world, a brick or piece of steel has not yet been laid. The virtual reality world is a world entirely made up of computer-generated graphics. It can be used to simulate technologies engineers may see in the field, and help engineers learn how to operate integral machinery before doing the job in the area. It gives the engineer a 360-degree view of a simulated environment. The training and learning opportunities with this technology are innumerable.

Mixed reality is where the worlds of augmented and virtual reality come together. Microsoft’s head-mounted Hololens integrates 3D virtual elements and superimposes them into and all around the real world.

One of the bigger players in the extended reality space is American multinational semiconductor and telecommunications equipment company Qualcomm. In December 2019, the company announced the launch of its XR2 platform. They are calling it the ‘world’s first 5G-supported extended reality (XR) platform’, running off their specially designed Snapdragon chipsets.

The company is collaborating with Niantic Labs, who brought the world Pokemon Go and, more recently, Harry Potter: Wizards Unite. On their announcement of the collaboration with Qualcomm, they write:

“At Niantic, we’re unlocking the potential to create next generation AR experiences through the Niantic Real World Platform, and building new ways to map, share entirely and understand reality. The Niantic Real-World platform has been proven out by hundreds of millions of  users…”

The Engineering Institute of Technology will continue to monitor the development of these extended reality technologies. The future of education and training with the 5G internet speeds — and technologies that can make the most of those speeds, like extended reality applications — is generating immense opportunity to continue training and educating engineers who, in turn, create a better world for all humankind.

What do you think the next technological leap forward will be?