The Royal Academy of Engineering MacRobert Award is the UK’s most prestigious honor for engineering innovation, recognizing “teams that demonstrate outstanding innovation, societal benefit and commercial success”. In 2019, the award went to the Bombardier team in Ireland that have developed and are now manufacturing the world’s first resin-infused wing designed for use in Airbus A220 commercial aircraft.

The company behind the resin that makes the wing possible is advanced material and specialty chemicals company, Solvay. Committed to developing chemistry that addresses key societal challenges, Solvay saw this project as a step towards getting more eco-friendly planes in the sky.

“Resin infusion isn’t traditionally used in aerospace”, explains David Bacon, Account Manager at Solvay’s Composite Materials business unit. “It’s typically used to manufacture boats, and in the field of wind energy. But it’s obvious there is a lot to gain in spreading its use in commercial aircraft manufacturing.” 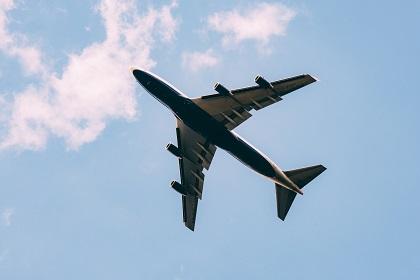 The company says that using composite materials in the aerospace industry will utilize less metal than a traditional aircraft build. The replacement of metals, Solvay says, will help with increasing corrosion resistance, simplifying maintenance and making aircrafts lighter.

These developments also come at a good time as there is a significant mainstream focus on Co2 emissions and how much the aerospace industry is contributing to this phenomenon.

The wing is manufactured through a process known as a resin-transfer infusion (RTI), which involves putting dry carbon fiber into a mold and then filling it with liquid resin. The mould is then heated and pressured to obtain a solid fiber-reinforced part.

This process ensures faster production of simpler materials with stronger mechanical properties, which is largely beneficial to the aircraft manufacturing industry.

“In conventional wings, there are many parts to the torque box,” says director of quality, airworthiness, and technology strategy at Bombardier, Gavin Campbell.

“However, RTI allows the torque box to be made up from only four components…greatly reducing complexity in manufacturing and enabling improvements in mechanical performance because there are fewer points where the structure can fail.”

Bombardier’s team also built a fuel and hydraulic system into the wing. And to win the engineering award, one of the prerequisites was that the wing had to be lightning-proof. The engineers designed a special polymer bracket fitted with insulation that would dissipate the static electricity once lightning struck.

The factory where the wings are manufactured holds complex assembly stations that work on the wing after the RTI process. The continued assembly inside the factory is an unorthodox process with traditional wings normally sent off to another factory to continue the ongoing assembly process.

“It’s a totally digital factory, with all the sensors, use of simulation and digital twins that implies,” Campbell said. “However, we don’t tend to use terms such as Industry 4.0 because these are all developments of systems and techniques that we were using in the aerospace industry anyway.”

Overall, the new wings have been a great success for Bombardier, their sales helping deliver the first company profit for five years in 2018. The company delivered more than 25 wing sets in 2018, and this is expected to increase significantly in 2019.