New Australian energy storage could leave batteries out in the cold

A solar storm has been brewing in Australia. The country’s homeowners and business owners have lent themselves to renewable energy technologies. More specifically, they are investing in solar photovoltaic energy generation technologies.

Energy Minister, Josh Frydenberg, speaking on Q&A on March 22, 2106, stated that, “Nearly 15% of Australian households have solar panels on their roofs. That’s the highest number of solar panels on people’s roofs per capita anywhere in the world.”

By 2015, Australia became the world leader in household solar panel installations. They soon became a “testing field” for 27 different battery storage suppliers who were looking to store that generated energy. According to The Age, Australia began installing PV and wind energy sources at “20 times the annual worldwide rate” in 2016. 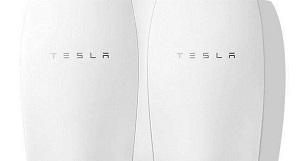 As battery storage systems have been refined and engineered for efficiency, Australia has seen an upturn in residential battery systems powered via photovoltaic cells. Australia were so progressive in their adoption of home-based solar PV systems that Elon Musk’s Tesla set up shop and started running housing development pilot projects with Tesla’s own lithium-ion battery unit, The PowerWall.

The only issue with the quick uptake of solar PV solutions in Australia, was that energy storage batteries and their installation standards were being left behind. There was little to no regulation of the industry.

“In embarking on this uncharted journey of technology, it is critical that those inventors at the forefront of innovation can do so unhampered, and suppliers can get these products to market as quickly as possible. On the other hand, it is imperative that good technologies such as storage systems are safe, reliable and efficient.”

Standards Australia held industry forums and consultations with Standards’ stakeholders. The forums revealed that a technology that requires immediate standards amendments are lithium-ion battery storage applications. They were marked as ‘high priority’ by the forum.

The standard for the installation and safety requirements of battery storage systems (AS/NZS 5139) would need to be amended and aligned with international standards, and implemented for larger storage systems, not just home-based ones. 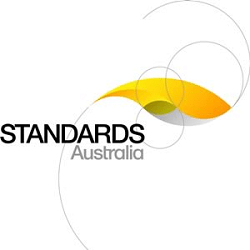 Standards Australia is focusing on the home system for the immediate future. And it seems that they have ruffled some feathers with their report. The new proposed guidelines are taking into consideration the dangers surrounding lithium-ion batteries. The main concern is that lithium-ion energy storage systems are prone to catching fire.

The new guidelines would dictate that consumers of battery storage systems would have to have an external covering in which to house the system. Presumably it would have to be fireproof as well.

Prime Minister of Australia, Malcolm Turnbull, a proponent of having energy battery storage systems inside houses (since he has one himself), said:

“We have got so little energy storage in Australia. There are only three significant pumped hydro storage facilities in Australia and yet we are introducing all of this renewable energy. What do you need if you have a variable source of energy? You need storage.”

In April 2016, an image of an exploded lithium-ion battery storage unit was circulated on Australian social media channels. The battery belonged to a company named Growatt, who were using Chinese battery technology in Australia. The consumer had the battery placed in his garage.

Following that, the Clean Energy Council of Australia began to put emphasis on ‘integrity and safety’ of battery storage units. The CEO of the Australian Solar Council, John Grimes, was a strong supporter of tightening up the battery storage standards in 2016. He said:

“The fact that there is no standard means there is the opportunity for shysters and carpetbaggers to go out and put something in the marketplace.”

Grimes has yet to comment on Standards Australia’s draft report. He did, however, in an interview with RenewEconomy, say that evidence must be provided to prove that in-house installations are dangerous. Standards Australia will allow for nine weeks of public comment on the installation and safety issues before they move forward – they are expected to see a lot of protest.

However, lithium-ion battery storage units have been proven to be efficient and safe. Badly manufactured units, like those aforementioned ones, will not survive the safety installation benchmarks and will eventually be excluded from the market. This should strengthen the case for in-house storage unit installations.