Air travel is a major contributor to CO2 emissions and is attracting the ire of environmentalist movements who are campaigning for the industry to look to alternative methods of powering aircraft.

Airbus is looking to nature for inspiration to minimize the carbon footprint their planes create around the world. They are suggesting that planes could fly in V-shape formations — as seen by geese migrations in the animal kingdom — to save fuel and lower emissions. 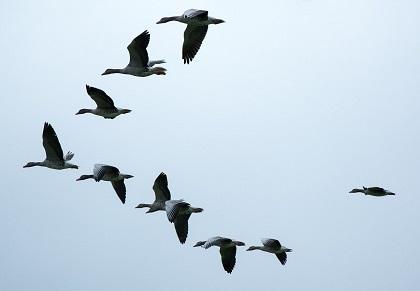 In the first six months of 2020, Airbus hopes to test the flying formations with two A320 planes. The planes will fly a predetermined route in a configuration that will test the aircraft’s ability to utilize what is known as ‘wake energy retrieval.’

On their website, Airbus writes, “Just like birds, every aircraft creates a wake while flying. Flying together could thus help aircraft to retrieve the lost kinetic energy by positioning a follower aircraft in the air upwash of one of the lead aircraft wakes. Airbus is taking a fresh look at how this flight technique could provide aircraft with free lift, enabling them to reduce engine thrust and fuel consumption.”

Airbus says that air traffic management technology has experienced a leap forward. Historically, the air traffic management tech would have been unable to aptly monitor two planes flying so close together, but Airbus says the technology is now more than capable. The flight engineers at Airbus will be engineering around the idea and demonstrating the company’s proficiency, under a project named Fello’fly.

Airbus says that by flying planes 3km apart from each other, the aircraft can benefit from the wake retrieval energy, which can equate to 5 to 10% less fuel and emissions. The prohibitive factor that could delay this innovative step is collaboration across the industry as a whole. Getting all aircraft companies coordinated and collaborating could be tough.

Nick Macdonald, Fello’fly Demonstrator Leader in a press release, said, “To achieve this evolutionary step in operations, we have to look at the challenge from the perspective of all industry stakeholders. It’s a great opportunity for our industry to demonstrate a joint commitment to reducing our use of fossil fuels.”

The aviation engineering industry has been around long enough for it to, in a way, return to its roots. Now with the means to meet the zero carbon propulsion vision of the future, the industry is considering a shift back to hydrogen as a potential fuel source. 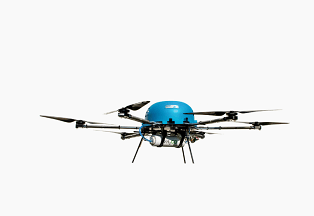 An engineering team at Imperial College in London has patented a hydrogen storage solution they believe could be implemented in the air travel industry. They are calling it H2Go Power.

Co-Founder and Director of H2Go Power, Dr. Enass Abo-Hamed, initially began work on the technology at the department of chemistry at the University of Cambridge.

“We have developed through the past two years a safe method for hydrogen production and storage for providing power on the movie. Our core technology involves a novel porous catalytic material, which produces, stores and releases hydrogen in a controlled manner. Our unique solution allows for the deployment of Fuel Cells into new markets, such as portable consumer electronics. The potential outcomes include smartphones that last 5x longer than ones that have current battery technology and all-electric vehicles with the same range as combustion engine counterpart.”

The company has subsequently begun working on powering drones with hydrogen fuel cells. The company’s systems work by converting the hydrogen gas into a solid-state, which makes storing the gas that much safer. It is stored in a specially designed 3D-printed tank. Inside the tank are a network of aluminium tubes.

Through one side of the reactor Hydrogen (H2) is pumped through a catalyst, freeing electrons and, in turn, generating the electricity. On the other side, oxygen (O) is pumped in and fuses with the positively-charged hydrogen atoms. The only emission that the process creates is water.

The UK government and the EU are injecting money into the company to continue to develop the fuel cells.  Dr. Enass Abo-Hamed said:

“While it takes hours to recharge a lithium-ion battery-powered drone, it could take minutes to do that with hydrogen. Maybe in the next 20 or 30 years, we could even start thinking about how to put this in commercial flights and decarbonize air travel — which is very important for our climate.”