Home NewsCould this finally be a replacement for lithium-ion batteries?

Could this finally be a replacement for lithium-ion batteries?

In this modern age, we are constantly surrounded by batteries. From TV remotes to hand-held radios, you probably use batteries more than you realize. The lithium-ion battery industry is worth $23 billion alone and is expected to grow to nearly $100 billion by 2025.

Battery technologies have been evolving since their initial creation as our needs have continued to grow. However, as our future is looking increasingly electric, engineers and scientists are now focusing on manufacturing new eco-friendly battery technology on a scale we have never seen before.

The most positive alternative seen so far is aluminum-based batteries, being both light-weight, cheaper to make, and abundant in resources. However, there has been a consistent struggle in making aluminum batteries that compare to the energy content of lithium batteries. As far back as 2015, Stanford University researchers were mentioning that all that’s holding aluminum batteries back was the cathode material that would help increase voltage and energy density. 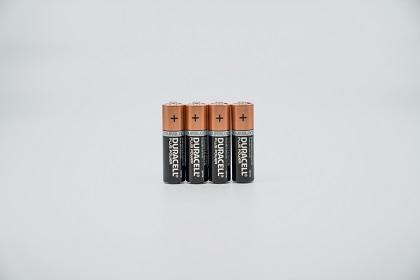 However, that might be all about to change. In 2019, researchers say an upgraded type of aluminum battery may soon make its debut. The Chalmers University of Technology and the National Institute of Chemistry in Slovenia have worked on a concept for a new aluminum battery they think could revolutionize the battery storage industry.

Their proposal includes replacing the graphite on the battery’s cathode with a carbon-based molecule named anthraquinone. This organic nanostructured replacement will assist the battery’s ability to absorb electrons during operation.

“Because the new cathode material makes it possible to use a more appropriate charge-carrier, the batteries can make better usage of aluminum’s potential,” says Chalmers researcher Niklas Lindahl.

“Now, we are continuing the work by looking for an even better electrolyte. The current version contains chlorine - we want to get rid of that.”

With a better electrolyte, the battery will allow ions to move between the electrodes, which will unlock the higher energy density in the aluminum battery. Therefore, developing the aluminum battery is still a work in progress, but researchers think they are closer than ever.

“The material costs and environmental impacts that we envisage from our new concept are much lower than what we see today, making them feasible for large scale usages, such as solar cell parks, or storage of wind energy,” says Professor Patrik Johansson from the Department of Physics at Chalmers University.

“Additionally, our new battery concept has twice the energy density compared with the aluminum batteries that are ‘state of the art’ today.”

The researchers’ idea is to make the aluminum battery four times as energy-dense as its lithium alternative. For applications such as electric vehicles, the added battery capacity will mean less charging required between trips.

On whether or not aluminum-ion batteries could one day replace lithium-ion, Johansson concluded, “Of course, we hope that they can. But above all, they can be complementary, ensuring that lithium-ion batteries are only used where strictly necessary.

“There remains work to do with the electrolyte and with developing better charging mechanisms, but aluminum is, in principle, a significantly better charge carrier than lithium. Furthermore, the batteries have the potential to be significantly less environmentally harmful”.