Troublesome civil engineering anomalies in Australia’s New South Wales are generating some bad press for the region. The news is that some recently constructed residential skyscrapers may not have been constructed according to national standards.

The figurative alarm bells began ringing for Australians on Christmas Eve in 2018. Sydney Olympic Park was evacuated once cracks were discovered in the Opal Tower, making residents fear that the building was on the verge of collapse. Construction of the Opal Tower was only completed in early 2018. 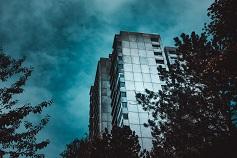 The New South Wales government then opened a commission into the Sydney Opal Tower. What they found was that the building was overall structurally sound, but horizontal beams were not strong enough and did not comply with national standards. On top of that, design and construction failures were evident. Lower strength concrete on the fourth level of the building was also flagged by the commission.

The unfortunate consequence of the evacuation of the building and the commission’s report is that some residents will not be returning. According to News.com.au, 200 of the 400 units remain empty, with some residents saying they will be permanently staying away.

The engineers brought in by the commission have instructed the government to create a database of registered engineers who would not cut corners and stick to NSW building standards in hopes that a future disaster can be prevented.

On Friday the 14th of June 2019, another building was evacuated. This time, it was the Mascot Towers in Sydney, a twelve-year-old 131-apartment block. Engineers ordered the evacuation due to cracks which had formed, indicating that an emergency repair was needed.

Documents uncovered from the Owners Corporation at the Mascot Towers revealed that there were concerns about the structural integrity of the building months ago.

This story seems to be echoing what is happening globally in select civil engineering companies. Engineers Australia said Opal Tower and Mascot Towers serve as evidence that changes in legislation are needed in the building and construction sector.

The cutting of corners is being exposed worldwide. Structural engineers are cognizant of the failures that occurred at Grenfell Tower in the United Kingdom and are looking to prevent further catastrophes of a similar kind. Sticking to strict building codes is imperative.

However, data from the University of South Wales’ City Futures Research Centre generated in 2015 revealed that 85% of new apartment buildings built since 2000 in New South Wales had construction defects. It seems there is more work to do to enforce transparency and due process into the construction industry.