Huawei. You have probably heard of them - you may even own one of their smartphones. They are the second largest multinational technology company in the world, coming second only to Samsung. With the enormous size of the company, and tremendous force of national pride in China, there are thousands of engineers working for them around the world.

Huawei have been instrumental in implementing mobile internet technology infrastructure in many countries across the world, making them the world’s biggest supplier of networking technologies. However, U.S. intelligence figures are beginning to suggest that Huawei’s technology is being used to spy on its users on behalf of the Chinese government, a controversial finding when thinking of the growing trade war between China and the American government under the Trump administration. 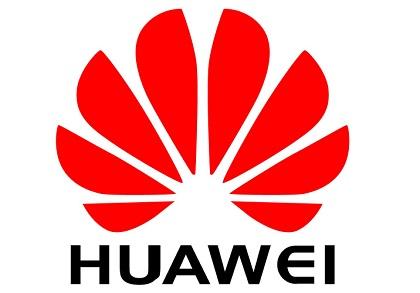 The US and China’s escalating trade war took a recent turn on the 17 May 2019. The Trump administration signed an executive order that drew a line in the sand of the tech world. Businesses are now banned from buying Huawei networking equipment, and Huawei themselves have been blocked from utilizing American companies’ resources for their technology. Huawei had effectively been blacklisted on the US market.

Huawei’s past and present devices were issued a ninety day exemption that would see the Huawei devices getting updates from Google. Once the ninety days are over, Android upgrades would not be available for those devices. The blacklisting will also leave the phones unable to use Google Play Services. Apps like Gmail, YouTube, and the Google Play Store, rely on Google Play Services to function.

If the blacklisting continues, Huawei will need to build their own app store to be implemented in their smartphones. But software aside, it’s the engineered hardware that Huawei might lose out on if this ban continues.

The problem Huawei faces is that they need U.S. components to build their smartphones if they want to keep manufacturing them at the pace they usually do.

UK-based (with American origins) chip designer ARM was directed to halt ‘all active contracts, supporting entitlements, and any pending engagements’ with Huawei. ARM produces vital mobile devices processors, so if the blacklisting continues, Huawei might need to find a new provider for its processors or even start developing their own.

Huawei seemingly foresaw the ban and stockpiled troves of chips and vital components to keep the business producing technology while the uncertainty grows. Huawei may be hoping that the blacklisting is revoked before they run out of the components, because manufacturing without American components will pose a whole new set of problems for the company.

The blacklisting will also slow the rollout of global 5G, which Huawei was busy with globally before the controversy. Huawei had seemingly been pushing forward faster than the United States at their rollout of 5G technologies, which also could have aggravated the trade war.

The trade war further highlights how engineers are caught in the middle of political escapades. The blacklisting affects many different companies across the globe, and impacts those who work for them.

Huawei, however, remains optimistic that this will all be wrapped up in due time. They said:

“We value our close relationships with our partners, but recognize the pressure some of them are under, as a result of politically motivated decisions. We are confident this regrettable situation can be resolved and our priority remains to continue to deliver world-class technology and products to our customers around the world.”