Google I/O has kicked off in Mountain View, California. A keynote speech opened the conference, which will see software and hardware developers from all over the world descend on Silicon Valley to watch and learn how Google do what they do.

Google CEO Sundar Pichai kicked the proceedings off by outlining Google’s Mission, which is to “organize the world’s information and make it universally accessible and useful”. They continued on to announce a plethora of notable additions to their product lines including new smartphones, and smart home devices, but it was an addition to their search engine that raised eyebrows. Google announced that they would be implementing augmented reality into their search engine through what is known as Google Lens. Google initially launched ARCore in 2018, a platform for building augmented-reality experiences, and now they have finally shown what is possible.

At the conference, Google showed how the functionality work, but CNET has shown, in more detail, how useful the addition is:

The benefit for school children and general scholars is immediately apparent. Searching for an object and seeing it in action right in front of you while you are learning is valuable for those who are audio/visual learners.

With this new search tool, when you find an item that can be shown in augmented reality you are able to click ‘view in your space’ and a 3D model of whatever you have chosen will be projected into your camera’s field of view. The CNET video above shows what seems to be a NASA rover in augmented reality.

Thus, for prospective engineers specifically, the virtual simulation technology that Google has developed could be very beneficial to their learning. Engineers could see in 3D the technologies mentioned in their textbooks, learning its intricacies and getting an idea of what they might see in their future employment.

Google now joins the league of companies like Microsoft who are trying to bring the virtual world into the real world specifically for learning purposes.

“We think, with the technologies coming together in augmented reality in particular, there’s this opportunity for Google to be vastly more helpful.” 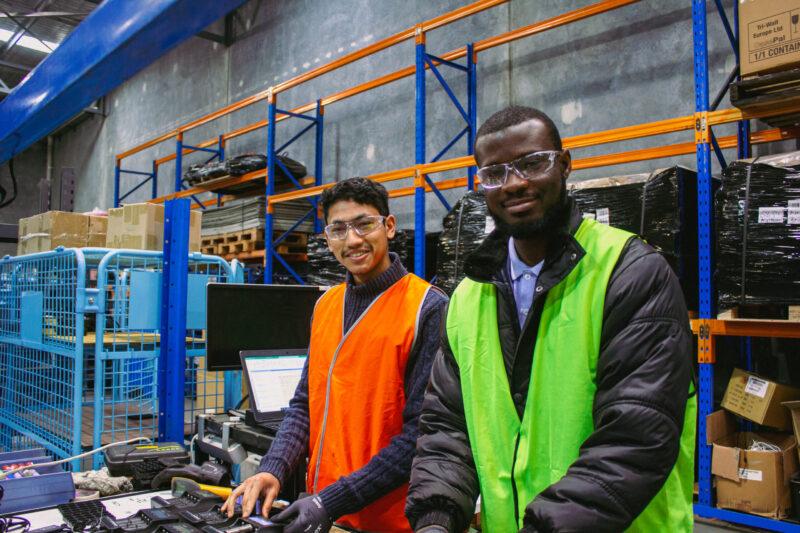 Engineering Institute of Technology (EIT) on-campus students are using their internship experiences to think beyond recycling and help stop the flow of e-waste to landfills. Every year, 44.7 million tonnes... Read more There’s a well-known phrase that everything is bigger in Texas. From being the biggest state in the contiguous United States to having one of the world’s biggest football stadiums, Texas... Read more Almost a decade ago, the opening ceremony at the London 2012 Olympic Games showed the world a recreation of Britain’s industrial revolution in spectacular fashion. As cameras panned over the... Read more
We use cookies on our website to give you the most relevant experience by remembering your preferences and repeat visits. By clicking “Accept”, you consent to the use of ALL the cookies.
Cookie settingsACCEPT
Privacy & Cookies Policy