Most technologies have something in common: heat generation. For example, engines, electronics, light bulbs, and machinery all create thermal radiation while running.

Any heat not utilized is wasted energy. Imagine re-using that thermal radiation and turning it into something that benefits the technology itself. 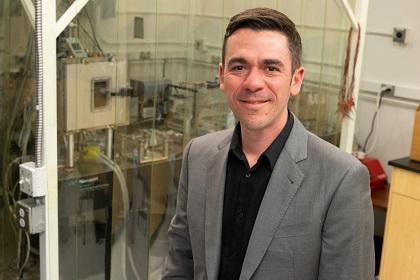 One engineer has found a way to use his ‘wasted’ energy. He has created a device that takes such wasted energy and pumps it back into the original technology.

University of Utah mechanical engineering associate professor Mathieu Francoeur and his team have produced what is known as a ‘Near-Field Radiative Heat Transfer Device.’ Their device purportedly surpasses what is known as the blackbody limit.

A blackbody limit is the maximum amount of heat that can be emitted from an object. Francoeur said, “Nobody can emit more radiation than the blackbody limit. But when we go to the nanoscale, you can.”

Francoeur suggests that further development of the chip means laptops could enjoy 50% more battery life, and photovoltaic solar panels could produce more electricity. The other benefit is that heat-emitting technologies would run at cooler temperatures, preserving their lifespans.

“You put the heat back into the system as electricity,” he said.

“Right now, we’re just dumping it into the atmosphere. It’s heating up your room, for example, and then you use your AC to cool your room, which wastes more energy.”