Snowy Hydro is an energy company that provides electricity to one million homes in Australia. They are the fourth-largest retailer in the energy market in Australia. Their crown achievement is the Snowy Mountains Scheme.

The Snowy Mountains Scheme was the most significant public works engineering scheme ever undertaken in Australian history. It was a quintessentially Australian engineering endeavor that began 70 years ago, to provide energy to the nation.

In 1949, construction began on their hydroelectricity and irrigation complex in Kosciuszko National Park, New South Wales. The Scheme would go on to consist of sixteen major dams, seven power stations, one pumping station, and 225 kilometers of tunnels, pipelines and aqueducts. 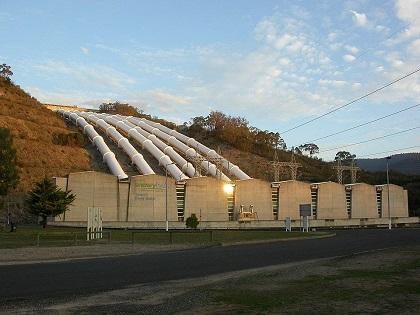 Source: By Cmh at the English language Wikipedia

The scheme’s initial design saw it collecting and storing water that would have otherwise flowed east down the Snowy River to the coast. It was used for irrigation and environmental purposes. The engineers diverted that water through trans-mountain tunnels and power stations, and eventually released the water west of the Snowy Mountains into catchments at the River Murray and the Murrumbidgee River.

Before the scheme, the amount of snowmelt near the Snowy River region would cause floods, which in turn would make life harder for farmers by resulting in drowned crops. Therefore, the Snowy Mountains Scheme was a welcome workaround.

In February 2019, the project was officially approved, which would see the Australian federal government pumping AU$1.38 billion into the project.

The scheme’s expansion will see pumps transporting water from the Talbingo Dam reservoir into the Tantangara. The water will flow down the waterway tunnel into the turbines that generate the electricity. At the same time, other pipes will continue to transport water back into the Tantangara.

On their website, SMEC details how the scheme works.

The project will add 2,000 megawatts of energy generation and provide 175 hours of storage for the National Electricity Market. The project is expected to power over half a million homes in Australia. Therefore, to ensure that demand is met over and above what Australia requires on any given day, Snowy 2.0 will work in tandem with wind and solar setups to ensure that there will be enough energy to go around when customers need it.

As part of the expansion, 27 kilometers (17 miles) of new tunnels must be dug. The construction of the project is set to conclude in 2024. Contractors, however, say that the project may take longer than expected and could only be in operation in 2027. The engineers — extremely confident that the project will be done by 2024 — say the hydro scheme will have a long life cycle.

One of the major plus points for Snowy Hydro 2.0 is that all of the infrastructure is to be built underground. Engineers say this makes the environmental impact of the project significantly less than what the alternative may have been.

Australia is pushing forward with the project despite a fairly large amount of criticism. The debate centers around what kinds of renewable energy technologies should receive more government investment.

Nonetheless, the beneficial aspects of the project for Australians may outweigh some of the criticism. More jobs for Australian engineers and a renewable source of energy are positive spin-offs to the project. Two thousand four hundred new jobs are a result of the construction phase, and 5,000 new jobs will exist after construction is complete.