The college students who exposed Volkswagen 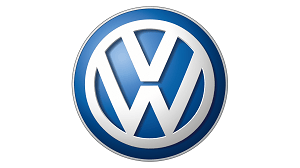 Like water off of a duck’s back, Volkswagen’s Dieselgate controversy has not deterred consumers from buying their vehicles. Autoblog estimates that VW’s worldwide overall sales reached “around 10.7 million cars” in 2017, cementing it as the largest automaker in the world - inching just above Toyota.

The company also set a new record for a car manufacturing company; the company produced six million cars in a year. The Volkswagen Polo was the 7th most purchased vehicle in 2017.

For all its successes, however, it is hard to ignore that VW’s Dieselgate controversy will be a case study of what engineers shouldn’t do within an engineering company - it’s a study in ethics, after all. But how did the story go from unethical engineering practices undertaken quietly, to a story spread across the tabloids?

A publication named Der Spiegler compiled a two-part report, interviewing the students on the events - here is a summary: 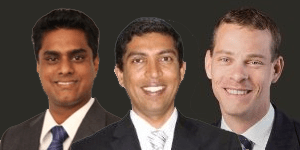 Three college students were behind the discovery that led to the Dieselgate scandal. Arvind Thiruvengadam (left) and Hemanth Kappanna (middle) are both from India, and Marc Besch (right) is from Switzerland. The three mechanical engineers had enrolled at West Virginia University in the Center for Alternative Fuels, Engines and Emissions.

They say the revelations were all an accident; one that would go on to cost Volkswagen US$30 billion. It all started in 2012; Volkswagen began boldly running advertisements stating that their turbo diesel engines were “Clean Diesel” engines.

At the same time, the Center for Alternative Fuels, Engines and Emissions was awarded a contract, with budget, for testing diesel cars and their emissions technologies. Eventually taking their studies to California, (a state with the largest number of the so-called environmentally-friendly clean diesel engines from VW), the student engineers went to work.

According to Der Spiegler’s two-part report, the students hired a VW Jetta 2.0 TDI, a VW Passat 2.0 TDI, and a BMW X5, and took them to the California Air Resources Board (CARB). Lab tests reportedly revealed that all cars abided by the legal emission levels. The students then took the cars onto the roads – here they worked out, before long, that the VW Jetta substantially transgressed the legal levels.

The students did an impressive 6,000 kilometers in the cars, traversing San Diego, San Francisco and Seattle. They were continually baffled by the VW measurements - without considering what would go on to define the scandal, the cars’ ‘defeat devices’.

After presenting their findings at a conference in 2014, the deputy head of CARB’s interest was piqued. CARB then continued the research in California, expanding on the students’ research.

The California Air Resources Board, due to their legal framework that holds companies who produce nitrous oxide levels to account, lobbed a host of investigative questions to Volkswagen Group in Germany.