Home NewsAutomation in mining may be unavoidable in 2020

Automation in mining may be unavoidable in 2020

“With global developments characterized by higher demand for transportation, increasingly congested roads, and major environmental challenges, the industry needs to provide transport solutions that are safer, have a lower environmental impact, and are more efficient.”

Those were the words of the Volvo Group, the Swedish multinational manufacturing company, in their recent media statement. Volvo busies itself with the production and distribution of automobiles, trucks, buses, and construction equipment. Naturally, their equipment finds its way into the mining sector. This means that their aim of creating safer transport solutions trickles into mining as well. 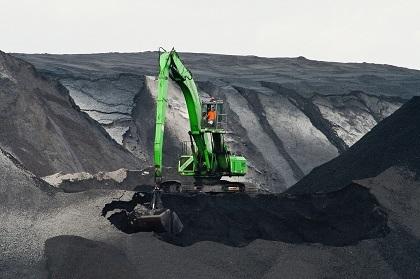 They are manufacturing in a rapidly transforming world, effecting change in the mining industry and warping the traditional practices of the industry at large. To meet the demands of safety and efficiency in mining, Volvo has announced a new automated solutions business area - aptly named Volvo Autonomous Solutions -  that will hit the ground running in 2020. The new business area will continue to develop automation solutions for their products. Volvo Group write:

“Autonomous transport solutions, based on self-driving and connectivity technologies, are well-suited for applications where there is a need to move large volumes of goods and material on predefined routes, in repetitive flows. In such situations, autonomous transport solutions can create value for customers by contributing to improved flexibility, delivery precision, and productivity.”

Australia (and China) - leading the charge on automation

Mining operations globally have not yet fully assimilated into automating many of their services, but in countries like Australia, automation in the mining sector is quickly becoming the norm. Australian owned Resolute Mining is one of those companies automating many of their operations, and exporting the methodologies to mines they own around the world. They are famously automating their Syama mine in Mali, West Africa. It is expected to hold the title of the world’s first fully automated gold mine.

In their published financial results, Resolute Mining reported that they were nearing commercial production rates after their rollout of a network of automated technologies within the Syama mine.

“This represents the initial delivery of one of the main benefits of automation, the ability to maintain production over periods when operations would normally cease in a typical manual mine. This network enables the automated haulage loop, automated rehandle level, mine digitization and production automation, all of which allows operators to monitor and control mine production in real-time.”

Resolute Mining says that the workforce that would have been spending their days inside the mine can now spend their time upskilling and training themselves for new roles within the company - they do not intend to chip away at the workforce in Africa, but rather empower it. The menial drillers' job may be a thing of the past in the future of the mining industry, but the remote controller jobs are now open season.

Rio Tinto, an Anglo-Australian mining giant, has also made a considerable investment into automated mining equipment. In four of their iron ore mines in Australia, 73 driverless trucks are working around the clock, 24 hours a day. The command center that gives those driverless trucks the instructions they require to function lies 750 miles away in Perth, where employees of Rio Tinto keep an eye on all of the operations from afar. These are the remote control engineers of the mines, and they are a shining example of what automation has achieved thus far.

For other mining operations, however, the remote controller engineer job is not an open position yet, because the mining company has not gotten out in front of the digital disruption occurring in the sector. ReportLinker.com’s report on the Automated Mining Equipment Market, China has been dominating in the mechanization of their mines trumping the world average, but still remaining sluggish when compared to their own standards.

It seems that the fourth industrial revolution’s moderately fast march may be keeping engineers in their traditional roles in some emerging markets for now, but the Internet of Things technologies are rapidly transforming the industry and is expected to creep into most countries in the future. Interconnected and autonomous mining equipment seems unavoidable at this point, and the message to mining companies is clear: adapt or die.