Leading Australian artificial intelligence scientist Professor Toby Walsh is warning that we are "sleepwalking" into an AI future in which billions of machines and computers will be able to think.
Professor Walsh, from the University of New South Wales, is calling for a national discussion about whether society needs to adopt clear boundaries and guidelines around how AI is developed and how it's used in our lives.
In his book It's Alive: Artificial Intelligence From The Logic Piano to Killer Robots, he has highlighted key questions in a series of predictions that describe how our future could be far better or far worse because of AI.
Here's how he thinks society might change by 2050 thanks to artificial intelligence.

1. You are banned from driving

Humans drive drunk, tired and distracted and cause 95 per cent of accidents.
The roads will be much safer without human drivers and most likely far less congested, as networked vehicles service passengers 24/7.
Street parking and most car parks will disappear, transport will be cheaper and groups such the elderly and disabled will have greater personal mobility.
Most people won't bother buying cars and will lose driving skills. And autonomous vehicles will arrive quickly — within 15-20 years.

2. You see the doctor daily

Your personal 24/7 AI doctor will know your gene sequence and vulnerabilities to particular diseases.
It will continually monitor your blood pressure, sugar levels, sleep and exercise. It will process data from your toilet, which will automatically analyse your urine and stools.
Your future version of a smartphone or fitness watch will regularly take selfies to identify melanomas and eye disease. It will record your voice for signs of a cold, dementia or a stroke. It will call for help if you faint. It will also be a trillion-dollar global business.

"Our personal AI physician will have our life history, it will know far more about medicine than any single doctor, and it will stay on top of all the emerging medical literature," Professor Walsh said.

3. Marilyn Monroe is back in the movies

Avatars will be programmed to act and talk like anyone we choose in interactive movies, including ourselves or celebrities from recent history. PHOTO: The view from inside a Volvo driverless car on its trial on Adelaide's Southern Expressway. (Australian Driverless Vehicle Initiative)

Where the story goes depends on what you do or say.
Hollywood and the computer games industry will merge and immerse us in hyper-real worlds.
But there will be increasing concern about the seductive nature of these unreal, alternate worlds.
There may be an underclass of addicts who spend every waking moment in them. And some who behave in distasteful or illegal ways.

"This problem will likely trouble our society greatly," Professor Walsh said.
"There will be calls that behaviours which are illegal in the real world should be made illegal or impossible in the virtual."

4. A computer hires and fires you

That's just the beginning. AI systems will also increasingly take over managing how you work: scheduling your activities, approving holidays, monitoring and rewarding your performance.
But should we hand over decisions like hiring and especially firing to a computer?

"We will have to learn when to say to computers: 'Sorry, I can't let you do that.' It's not enough for a machine to do a task better than a human. There are some decisions we simply should not allow machines to make."

5. You talk to rooms

You will walk into a room and say "lights on" and "who won the football?" and one of the many AI devices in your house will recognise your voice and understand you well enough to know which football code you follow.
A few people will resist and determinedly follow a disconnected 20th Century life. But most of us will take advantage of having just about everything in our lives connected: fridges, toasters, baths, door locks, windows, bicycles and pot plants.
AI will operate through the so-called Internet of Things using conversation instead of typing.

"Our privacy, diversity and democracy will be challenged," Professor Walsh said.
"[Government] intelligence [agencies] can't wait for every room to be listening to us. Marketers, too, would love all this data about our everyday lives.
"So, the next time you get asked to check your privacy settings, think long and hard about what you may be giving up."

Cyber-crime to date has been relatively low-tech with phishing and malware attacks. But AI will surpass human hackers — and the only defence will be another AI program.
Warfare is also moving into cyberspace. But these technologies will also quickly find their way into the civilian sphere.
One of the challenges will be that many advances in AI used to defend systems will be quickly turned around to attack systems.

"The supposed hacking by Russians in order to influence the 2016 US presidential election demonstrates the impact that such cyber attacks can have," Professor Walsh said.
"Banks [and other companies and governments] will have no choice but to invest more and more in sophisticated AI systems to defend themselves from attack."

Robots will have superior ball skills, including unfailing accuracy in passes and penalties.
They will know precisely where all players are at all times and will know how to interpret that information because their AI system learned strategic play from watching every World Cup match ever recorded.
The human team will be soundly defeated. Even fans of the robots will call for the humans to be given a break. That's why most sporting teams will stay human.
But AI will change football and most other games with managers and players using AI to train and play better.

"Data scientists will be some of the best paid members of football [and other sporting] clubs," Professor Walsh said.
"Scouts will hang out at [top universities] to recruit young computer scientists." 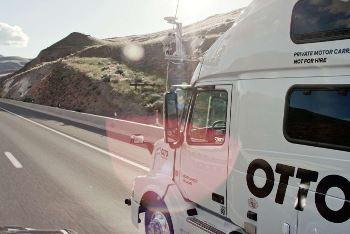 The oceans, skies and railroads of the planet will be filled with autonomous ships, planes and trains transporting cargo without any people on board, as driverless car technology spreads to other industries.
It will improve safety and efficiency. And children will no longer grow up wanting to be train drivers.

"Planes carrying people will probably continue to be piloted by humans," Professor Walsh said.
"But after several decades of safe flights by cargo planes, the debate will begin whether humans should still be airline pilots."

9. TV news is made without humans

Nearly every part of this prediction is already here — it's just that no-one has yet pulled all the pieces together.
Computers now write simple sport and financial stories but as technology improves, AI will write more complex stories.
Avatars and chatbots will play the role of presenters filmed by robotic cameras. And the news you watch will be narrowcast, or tailored to your personal preferences.

"There will be ongoing debate about the biases of algorithms, especially when humans take no part in deciding what news we see," Professor Walsh said.
"Our viewpoints are shaped by the lens through which we look at the world. Will algorithms challenge us enough? Will they understand lies and deception? Will they care about what we care about?"

10. Humans live on after death

It will be common to leave behind an AI chatbot that will talk like you, know the story of your life and comfort your family when you die.
Some people might give their chatbot the task of reading their will; settling old scores; or relieving grief through humour.
Digital doubles will also appear in place of the living. Celebrities will use bots to create social media; many of us will similarly use them to manage our diaries.
This digital outsourcing will fuel a lively debate.

Professor Walsh asked: "What redress do you have against an AI bot that pretends to be you? Do you have a right know if you're interacting with a computer rather than a real person? Should AI bots be prohibited from political discourse? Who can switch off your bot after you die? Do bots have freedom of speech? It will be an interesting future."

With thanks to ABC News, Australia